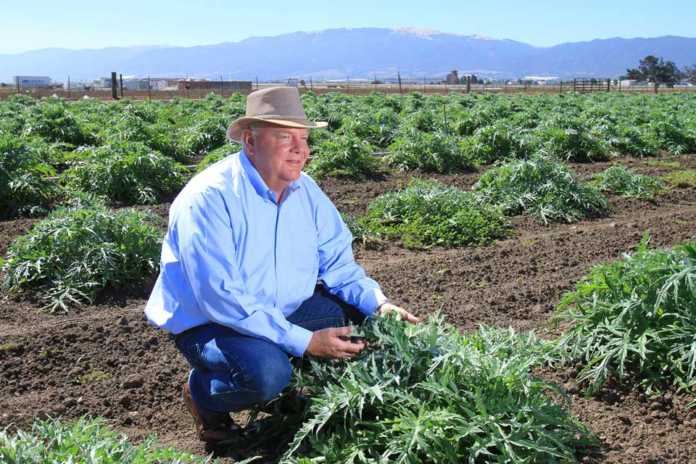 SALINAS — The Hartnell Community College District has announced the recipient of this year’s Distinguished Alumni Award. The Governing Board took action at its regular meeting April 4 to approve Emmett Linder as the 2017 Distinguished Alumnus and commencement speaker.

“Emmett Linder, through his professional accomplishments and community contributions, is the embodiment of a Hartnell distinguished alumnus. We are honored to bestow upon him this recognition,” said Superintendent and President Dr. Willard Lewallen.

Linder was nominated by multiple entities. Lewallen made the recommendation to the Governing Board and the vote was unanimous in selecting Linder for the honor.

“During its 97-year history Hartnell College has provided a foundation of excellence that has launched successful lives and careers. The Distinguished Alumni Award provides an opportunity for us to recognize the accomplishments of Hartnell alumni who have distinguished themselves as leaders and contributors following their education experience at Hartnell,” added Lewallen.

Linder was born and raised in Salinas. He attended Hartnell College from 1977 to 1979 and graduated with an AA in General Studies. He transferred to Cal Poly San Luis Obispo, where he earned a Bachelor of Science degree in agricultural business management.

He has been involved with the Agricultural Business and Technology Institute (ABTI) at Hartnell since its inception in 2006, joined the Ag Steering Committee, and joined the Hartnell College Foundation in 2010.

Under his leadership, Driscoll’s became a major supporter for the Foundation and the ABTI.

Linder will be recognized on Friday, May 26, at 6 p.m. during the commencement ceremony to take place at Rabobank stadium. He will be the keynote speaker.