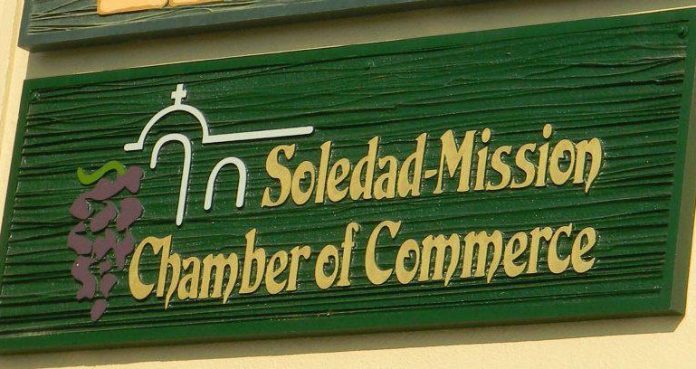 New regional structure in the works to help businesses, communities

SALINAS VALLEY — Soledad-Mission Chamber of Commerce has started to represent businesses in Greenfield, with officials describing the situation as an informal process of combining those efforts and resources.

Soledad Chamber President Andria Jones said there has been no board vote, but the 67 Soledad members have already been joined by 13 Greenfield members, with an estimated three Greenfield businesses joining per month.

Nationwide, chambers are struggling and adapting to the fallout of the Covid-19 pandemic, Jones said, and one solution is to form networks based on regions or sister cities. That, combined with a desire to help the entire Salinas Valley, helped push the Soledad Chamber toward the new move after positive talks with Greenfield Mayor Lance Walker and other Greenfield community leaders.

Greenfield’s chamber of commerce is not active, and Jones said the idea might become official with a name change to the Soledad Chamber. Rather than using a “South Monterey County” moniker, which would imply overtaking King City or Gonzales — both of which have their own chambers of commerce — she said suggestions include combining the names, such as Soledad-Mission and Greenfield Chamber of Commerce.

“The big thing is how can we provide the most services to our members, and our members include Greenfield,” Jones said. “We have to start combining some of our services because many of us have members in every single city, so it’s costing our members probably double or triple what it would cost if it was one large chamber or a small sister city type collaboration.”

One example is McDonald’s, which has restaurants in all four South Monterey County cities. Soledad Chamber is planning a ribbon cutting for the revamped McDonald’s in Soledad on Tuesday, July 13.

Support for Greenfield businesses is in effect, Jones said. She noted that if a business wants help with a ribbon cutting or with governmental business, the chamber is able to offer assistance.

In addition to merely serving businesses, Jones said the chamber would like to include Greenfield leadership on the board.

“We need more people at the table,” she said.

As far as Greenfield-specific ideas that a chamber could help with, Jones said the Broccoli Festival could return with chamber leadership. She explained the process is in the unofficial preliminary stages and that there are no plans in the works for city events yet.

A strengthened regional chamber is one goal Jones would like to see, as cities work together to help one another.

“This is all in the beginning process, so let’s see how far we can take this,” Jones said. “If we get some really good key leaders on who can help us expand financially and expand our business, we might be able to come and help Gonzales or at least partner with them once in a while.”