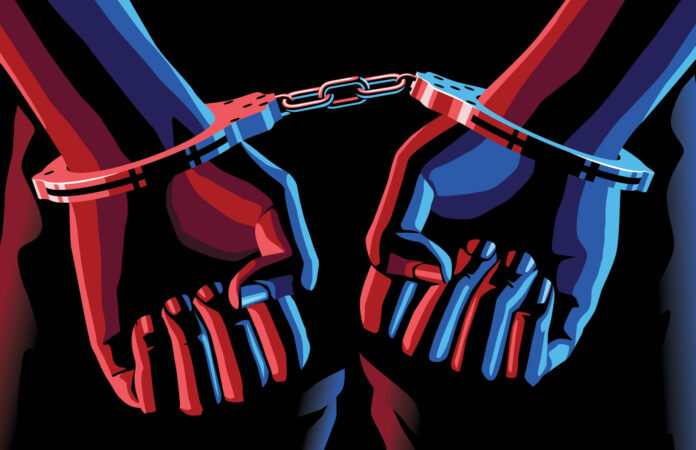 On Oct. 30 at about 11 p.m., officers stopped a vehicle near the intersection of Oak Avenue and Tom Rodgers Circle for traffic violations.

The driver — David Madrigal, 22, of Soledad — had a suspended license and was driving under the influence of alcohol. The rear passengers in the vehicle — Francisco Ochoa, 19, and Gabriel Hernandez, 20, both from Soledad — were also in possession of loaded handguns, both of which were found in their waistbands.

During a search of the vehicle, a loaded .45 semiautomatic handgun was located. Josue Acosta, 19, of Soledad, was seated in the passenger seat near the gun.

Police said all four subjects are known Norteno gang members. They were placed under arrest and booked into the Monterey County Jail for various firearm violations.