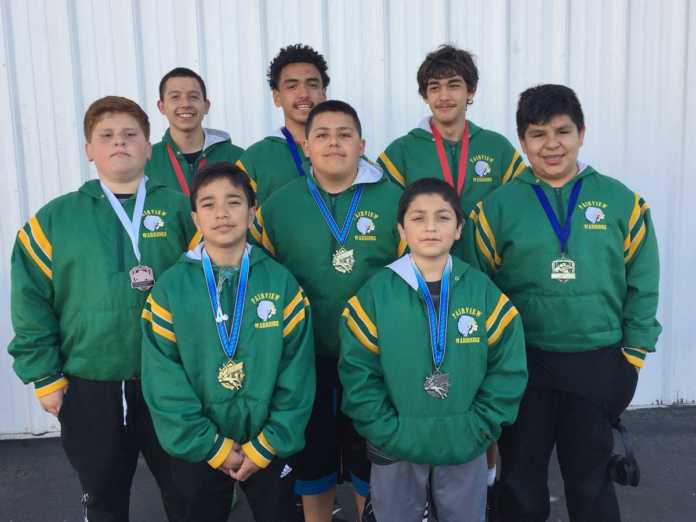 In the JV division, Jose Viorato placed first at 88 pounds, Bryan Villegas was first at 165, and Andrew Zarate was first at 180 pounds. Nico Montes placed second at 180, and Mathew Rodriguez was third at 80 pounds.

The Warriors’ next event is April 22 at the Coastal Counties Middle School Wrestling Championships at San Benito High School, hosted by Spring Grove.