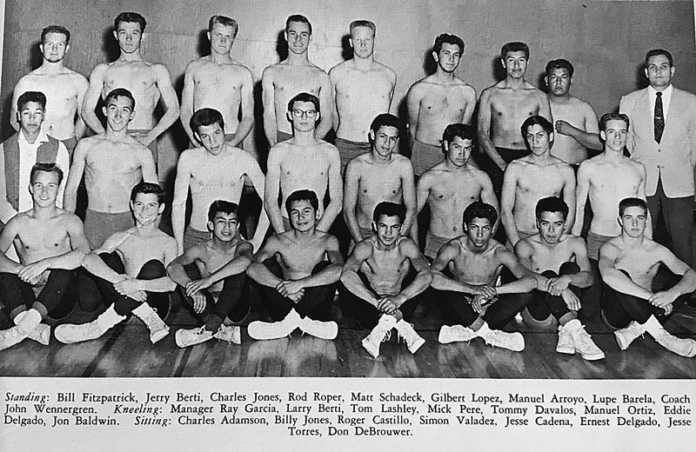 GONZALES— Sixty years as a high school sports program will be celebrated by the Gonzales wrestling team with a dinner Saturday, Nov. 3, in Gonzales.

The event will kick off with no-host cocktails at the Fourth Street Tap House and dinner will be served at 6:30 p.m. at the Gonzales American Legion.

The Gonzales wrestling program began in 1958 with teacher and counselor John Wennergren serving as the team’s first coach. The program has produced many individual league champions, league championship teams, and section and state qualifiers.

One of the highlights of the event will by guest speaker Ralph Vandro, who was head wrestling coach at Gonzales High from 1974 to 1981. Vandro guided the Spartans to Mission Trial Athletic League Championships in 1974, 1975, 1976 and 1978.

“One of the things that I learned in doing research for this event was that Coach Wennergren was the first coach and that the team did not enter the Mission Trail Athletic League until 1965,” said Gonzales head wrestling coach and event coordinator Larry Rodriguez. “I also found out that in the 1980’s the program was at times part of the Monterey Bay League (MBL) and the Santa Cruz Coastal League (SCCAL). At this time we have about 75 people that will be attending the dinner and we hope to have more alumni attend.”

All proceeds will benefit the Gonzales wrestling program.