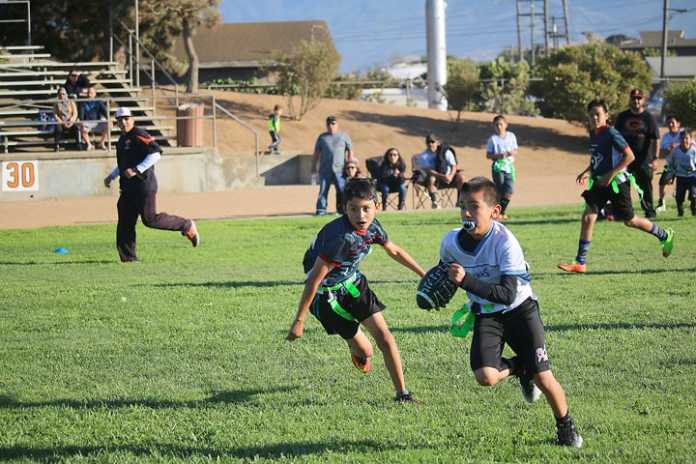 Photo by Michael Ramirez
Titan quarterback Jayden Vasquez sprints down the field against the Texans.

GONZALES — The Titans’ 9- to 11-year-olds flag football team improved to 2-0 after the second week of play with a 50-16 win over the Texans.

In the second game last Friday at Dick Force Stadium in Gonzales, the Saints (1-1) won their first game of the season, defeating the 0-2 Jaguars, 30-12. On Friday the Texans play the Saints, and the Titans play the Jaguars

GONZALES — Gonzales High School Athletic Director Todd Buller announced that June 30 was his last day with the school, as he...
Read more

Monterey County prepares for first round of Covid-19 vaccines