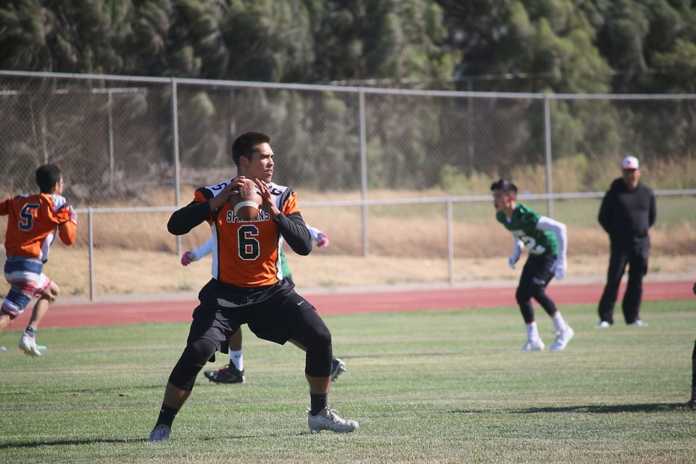 SOUTH COUNTY — With the high school football season under two months away, local teams are preparing for fall games with weight lifting, overall conditioning, and taking part in seven-on-seven football games. This could be a competitive season with the formation of the Pacific Coast Athletic League and the placement of South County teams in new divisions.

For the summer King City, Greenfield, Soledad and Gonzales high school football teams will compete in weekly seven-on-seven games and then will play against each other on the South Monterey County Jamboree. The jamboree will take place on Aug. 17 at Soledad High School.

After the jamboree, the King City Mustangs begin the non-league schedule on Aug. 31 against the host Greenfield Bruins.

The Mustangs will be playing in the PCAL’s Cypress Division and start play on Friday, Sept. 21, at home against the Santa Cruz High Cardinals. Mac Villanueva is the Mustang head coach.

Previous to the game with King City, the Greenfield Bruins will play a non-league home game with former Mission Trail Athletic League opponent Pacific Grove. On Friday, Sept. 21, the Bruins will host the Harbor Pirates in its Santa Lucia Division opener. Adam Barsenas begins his first-year as Bruin head coach.

The Soledad Aztecs will not be able to defend the MTAL title they won last year as they will be playing the PCAL’s Mission Division.

The Aztecs open the non-league schedule on Aug. 24 at the Salinas Sports Complex against the Palma Chieftains. The Aztecs begin play in the Mission Division on Sept. 21 against the visiting Monte Vista Christian Mustangs. Soledad will be guided this season by head coach Eric Rodriguez who took over the program after the departure of Frankie Berlanga.

Gonzales High’s football team will be led by head coach Arthur Berlanga who will be returning for his second year. The Spartans open the non-league schedule on Aug. 24 at Morro Bay and open play in the Santa Lucia Division at home on Friday, Sept. 21, against the Soquel Knights.

GONZALES — Gonzales High School Athletic Director Todd Buller announced that June 30 was his last day with the school, as he...
Read more
Sports