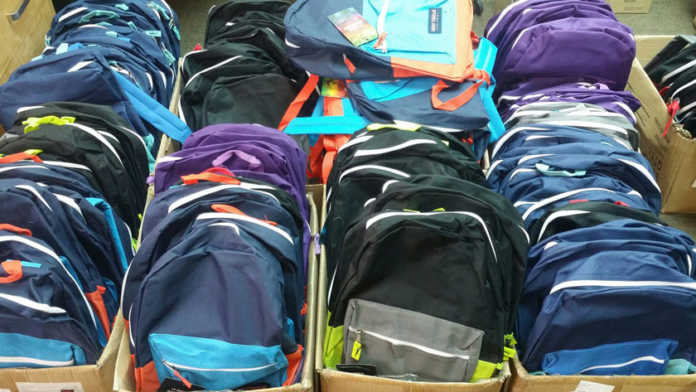 SOUTH COUNTY — Soledad Salvation Army is in the process of distributing a total of 476 backpacks to students in fourth through 12th grade.

Out of the 476 backpacks, 456 were ordered by the Salvation Army and 20 were donated by an organization “Weed Like to Help.” The Soledad Lioness and the Soledad Rotary also donated to the backpack cause.

“They (Weed Like to Help) are very helpful throughout the year and they brought in full loaded backpacks,” Service Center Coordinator Cindy Avelino said. “The people that need the backpacks come to the Salvation Army and we verify their income and then they pick up the backpacks.”

As of Aug. 10, approximately 100 backpacks had been distributed.

Approximately 90 of the backpacks the Salvation Army prepared will be sent to Greenfield students.

“There is binder paper, pens and pencils inside the backpacks,” Avelino said. “The Salvation Army in Soledad covers all of South County, so we had a radio spot placed on KRKC and we got an enormous response. We’ve just had people giving us a call and spreading the word through word of mouth.”