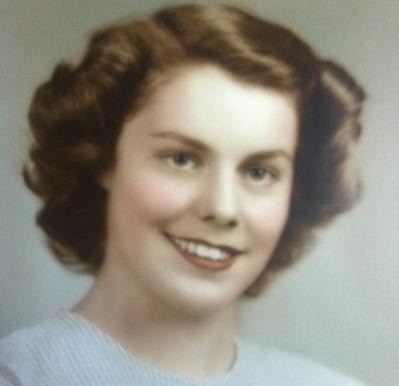 Wilma Ruth Deleissegues (Brandvik), 88, of Gonzales, California passed away peacefully and surrounded by loved ones on June 26th, 2019 at Salinas Valley Memorial Hospital.

Daughter of Arthur and Margaret Brandvik, Wilma was born in Killdeer, North Dakota on November 27th, 1930. The 4th of 6 siblings, Wilma graduated from Killdeer High School on May 26th, 1948 and went on to graduate from Bismarck Junior College in 1950. She continued her educational pursuits at Dickinson State University in Bismarck, ND, earning her Bachelor of Science Degree in Elementary Education and graduating on June 4th, 1954.

Upon graduation, she moved with a friend to Santa Maria, CA to begin her first job as a public educator. Wilma would remain in public education her whole career, with 28 years of education excellence to her credit.

It was in Santa Maria that Wilma would meet the dashing Eugene (Gene) Deleissegues shortly after Gene completed his military service in the US Army. They would eventually get married on March 27th, 1956, go on to have 3 children Susan, David and Eric and would remain married for 53 years until Gene preceded her in death on October 23rd, 2009.

Wilma was active in the Gonzales community and was cherished by her family, friends and former students. Throughout her retirement years, you could often find former students approaching “Mrs. Delei” to express their deep gratitude for teaching them not only how to read, but how to succeed. She had a massive impact on the lives of her students and this legacy will live on in those she touched through the years.

She was a voracious reader and loved her San Francisco Giants. She and her great group of friends walked together and had breakfast almost every morning. One of her trademarks was her slow chuckle when she laughed and a big smile. Most of all, she adored her grandchildren.

Wilma was never one to make a fuss, had a huge heart and led by example, with a moral compass pointing due North. To family and friends, she was the example of grace and integrity that we all strived for. Not a life cut short, but a life that will be dearly, dearly missed by her family and friends. We love you with all our hearts and hope you’re enjoying your time with the Big Cowboy in the sky.

Jane was born in 1930 during the beginning of the Great Depression to Alfred and Pierina Luchessa, the second to the youngest of six...
Read more
Obituaries

Sean Roney - January 15, 2021
The year 2020 was unlike any other, as news of the Covid-19 pandemic nearly dominated headlines each week. However, there were other stories —...