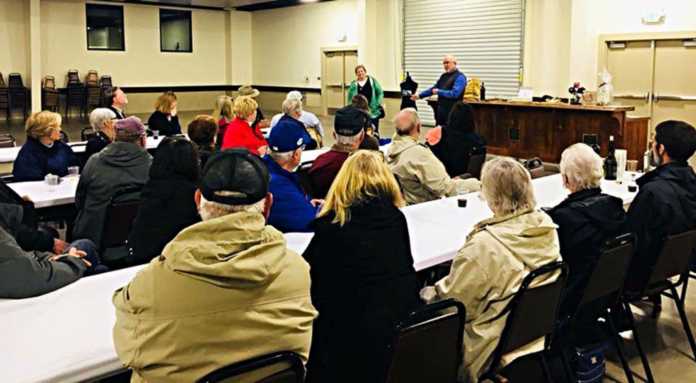 SOUTH COUNTY — More than 700 wines were featured in the 25th Annual Monterey International Wine Competition and judged by several tables of wine enthusiasts March 3 in the Orradre Building at the Salinas Valley Fairgrounds in King City.

This year the competition included 18 judges making up six tables of three panelists each. Making a return visit to judge the wine competition was Jonathan “Jon” Walton, a former King City resident who now lives in Napa.

“It seems like each year you get a very different experience but always a little better,” Walton said.

Aiding the judges was a team of volunteers who prepared their wine glasses. Volunteers come from all over the state and even out-of-state to help serve wine to the judges.

“The competition went really well,” said Competition Director Rich Cook. “Entries are up over last year, probably 15 percent or so. There were lots of silver, gold and platinum medals.”

Silver medals are awarded to wines that demonstrate above average character for the wine types and place of origin. Gold is awarded to wines that rise above a straightforward recommendation. Platinum-awarded wines are nominated for “Best of Show” in the categories of sparkling, rose, white, red and dessert.

“Monterey County Wines were certainly well represented among the medalists even though it’s an international competition,” Cook said. “Particularly in the Pinot Noir and Chardonnay categories.”

Hahn Family Wines in the Santa Lucia Highlands received two awards in the Syrah category, a Platinum award and a Best Syrah, along with “Best of Monterey County” Syrah.