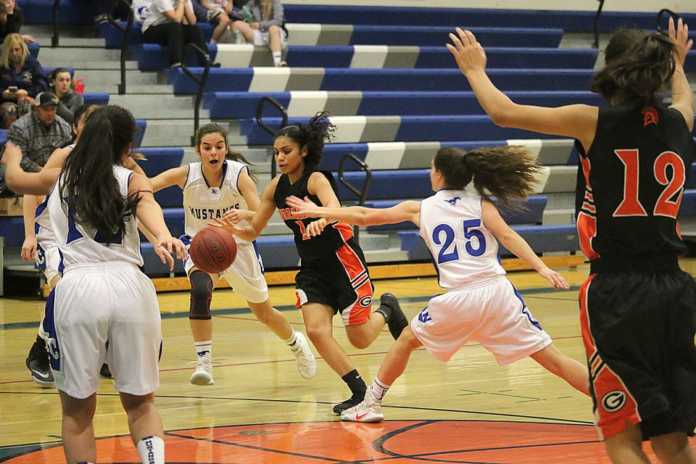 Gonzales will open league on Friday, Jan. 11, against Greenfield.

As Gonzales and King City were the only varsity teams entered in the tournament and the game was played last Wednesday night.

“We are starting to come together as a team,” said Lady Mustang head coach Frank Padilla. “Megan Flores is recovering from being a little sick and will play better as the season goes along. She is a two-time All-League player and we expect a lot from her. Delaney Carroll has been close to a double-double every game and leads us in scoring with 10 points a game. Nancy Andrade is playing consistently at guard and Alyssa Richardson is our leader as a 3-point shooter. We start the Mission Trail Athletic League on Friday at Carmel and that will be a motivator playing against a good team.”