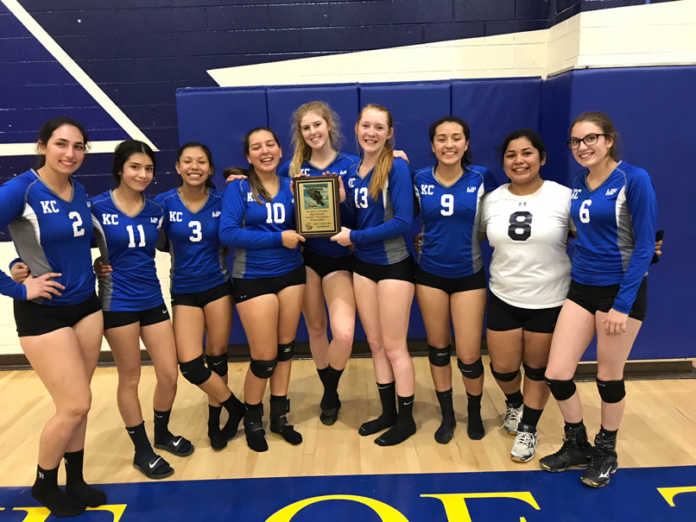 Last night the Lady Mustangs played at Gonzales and will conclude this week’s league schedule tomorrow by hosting the Anzar Hawks.

Gonzales lost in three to Santa Catalina and the four games to the Aztecs.

“We had great improvement by my underclassmen,” said Gonzales head coach Desiree Baltazar. “Their confidence and chemistry is growing. We also attended the Everett Alvarez Tournament and had great play by Jackie Leon at setter.”

The Greenfield Lady Bruins lost in three games on Oct. 12 to the Marina Mariners. Greenfield plays tomorrow against GB Kirby.