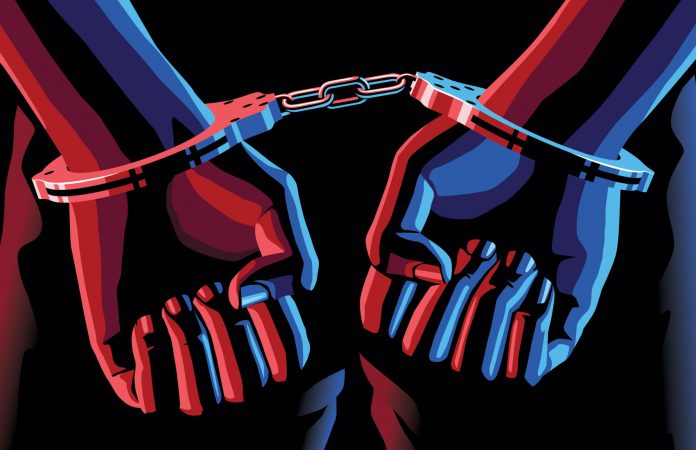 KING CITY — A 26-year-old Soledad man has been arrested on multiple charges, including attempted murder and burglary, after breaking into a King City apartment on Thursday.

According to the King City Police Department, a 9-1-1 call was made at about 10:39 p.m. on July 22 from an individual in the 300 block of Mustang Court who was “whispering and requesting police assistance.” Officers arrived to hear what sounded like a vehicle collision and then observed a red vehicle fleeing the area without its headlights on.

Upon arriving at the intersection of Mustang Court and Willow Avenue, the driver — later identified as Raul Fernandez, 26, of Soledad — exited the vehicle and fled on foot. Officers were able to apprehend Fernandez and take him into custody with assistance from the Monterey County Sheriff’s Office.

The investigation revealed that Fernandez, who was armed with a loaded handgun and shotgun, had forced his way into the individual’s apartment by breaking a window. Once inside, he began forcefully entering the bedrooms, where he located the victim hiding with juveniles.

“Upon locating the victim, Fernandez threatened to kill the victim, struck the victim in the head, and dragged the victim from the room where the juveniles were located,” police said in a news release Friday.

Fernandez then fled the apartment in an attempt to evade arrest.

He has been booked into the Monterey County Jail.