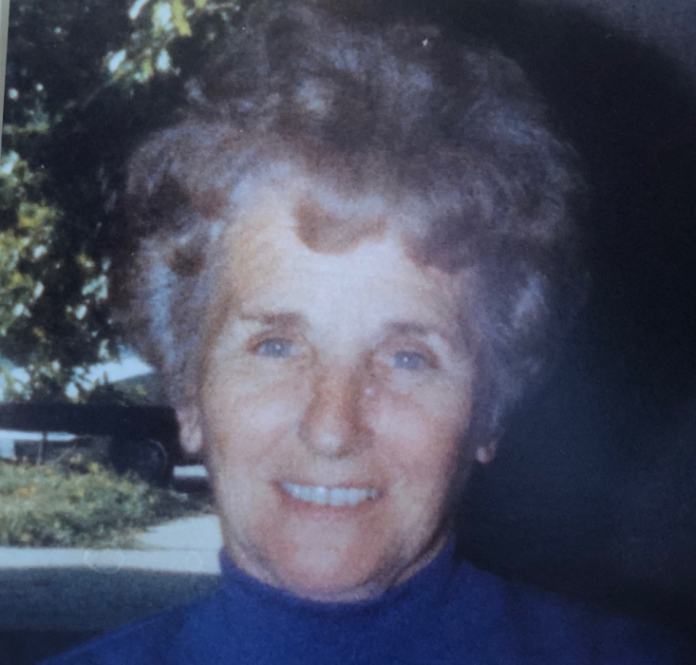 Jane was born in 1930 during the beginning of the Great Depression to Alfred and Pierina Luchessa, the second to the youngest of six children, (Elsie, Mary, Lena, Jimmy, Herman). She soon learned the value of hard work and a dollar on a dairy farm.

Jane and Tony left King City in 1976 and began a new phase of life in Watsonville until Tony’s passing. Years later, Jane met and married Bob McLean in Watsonville. Upon his death, Jane decided it was time to move to Valley Heights Senior Community, where you could always find her playing cards, scrabble, dancing or just being the life of the party.

The essence of Jane was her personality. With a sometimes-mischievous twinkle in her eyes, she was an indomitable spirit—one who couldn’t be beat—who was loved by many and will be dearly missed.

Jane is survived by her son Wesley Soares, sister Mary Borzini, and numerous nieces and nephews. She was preceded in death by her daughter Lana, and her sisters, Elsie Alciati, Lena Borzini, and brothers Jimmy and Herman Luchessa.

Services for Jane will be held at Ave Maria Memorial Chapel, 609 Main Street Watsonville, CA 95076 on October 8th at 11 AM.

In lieu of flowers, please donate to the charity of your choice.Arrangements have been entrusted in the care of the Carroll Family of Ave Maria Memorial Chapel, www.avemariamemorialchapel.