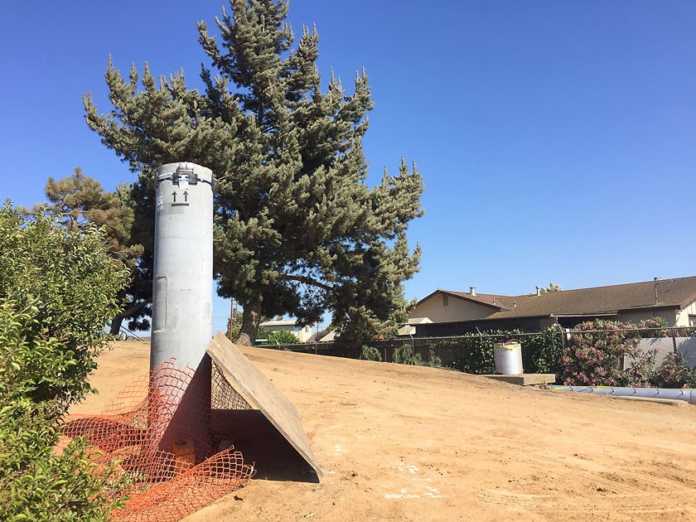 Photos by Michael Ramirez
The new light posts at Dick Force Stadium in Gonzales will be closer to the playing field on the visitor’s side than the original light posts. Below, the last two remaining light posts on the home side of the stadium should be disassembled this week and replaced by new posts and lighting fixtures.

GONZALES — In an effort to improve the lighting for sporting events at Dick Force Stadium in Gonzales, light posts that have stood for 53 years are being replaced, and upgraded lighting will be installed.

Last week the three light posts on the visitor’s side at the stadium that opened in 1965 were disassembled.

Six light posts stood at the stadium until 2017, when the light post that stood above the announcing booth on the home side was taken down as the post was no longer structurally sound. The five posts that remained did not provide enough light to the field for football and soccer games even when new 190 watt LED lights were installed last August.

The new lighting set up at Gonzales will have just four light posts as that is the standard for high school multi-use stadiums.

“It was still dark on parts of the field last football season with the new LED lights,” said Gonzales head coach Arthur Berlanga. “I have heard that the new light post will be closer to the field and that the lights on the four poles are the most updated in terms of technology and should give us a well-lit playing field. I am not exactly sure when the lights will be ready to use but we have plenty of time because we have three games on the road to start the season and we also have a bye.”