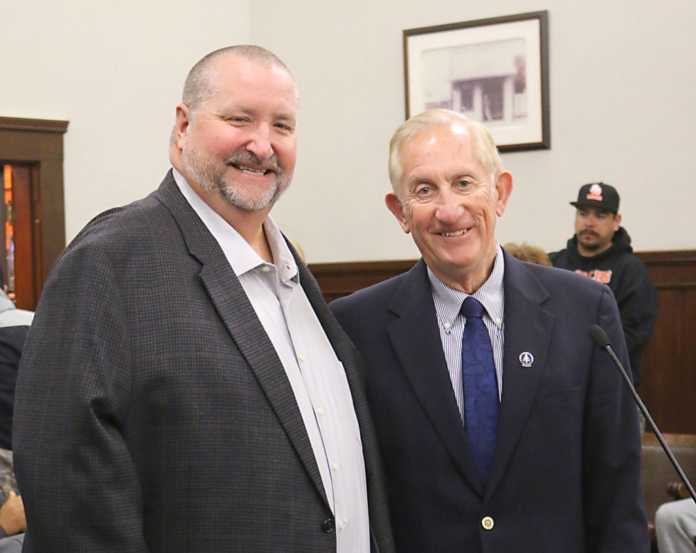 GONZALES — Long-serving Monterey County District Attorney Dean D. Flippo retired from the position in January and was presented with a resolution from the City of Gonzales in his honor last Monday, Feb. 4.

Flippo served Monterey County for 46 years, beginning in 1972 when he became a prosecutor.

In 1990, he was elected district attorney. Flippo started innovative programs, such as a juvenile and gang prosecution unit, a domestic violence prosecution program, child abduction unit and workers compensation fraud unit, among many others.

“My association with Gonzales goes back a long ways,” Flippo said. “Over the years I’ve had the pleasure of working with Chief Wise, his predecessors, Paul’s predecessors. I never had to spend a whole lot of time here in Gonzales, and Paul and I would talk over the years.”

Flippo has always admired the City of Gonzales because in his view it’s always been the safest city in Monterey County.

“It’s been a pleasure working with all of them and being here,” Flippo said. “I thank the city for this honor. I will treasure it.”